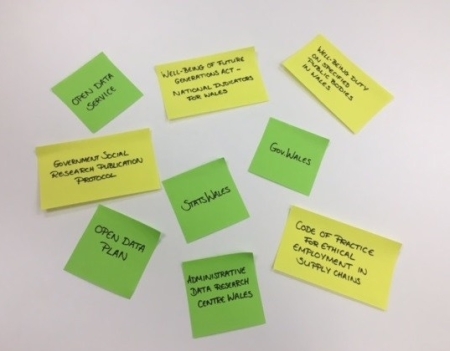 If you’re not already aware, just over a year ago we published our first ever Open Data Plan. In bringing the plan together it quickly became apparent that we had been doing a fair amount of work on opening up our data, especially our statistical and spatial data. Though perhaps we hadn’t done a particularly good job of letting others know about it. Therefore the end product was a plan that built on the good work we’d already done.

Whilst opening up our data improves our openness, transparency and accountability we want to do more so we decided to look at other aspects of government and the way we work. As a government we realise that if people know how we do things and are more involved in what we do, this can help us make better decisions and improve trust in government.

The good news is that, as with open data, when we started looking at how open we are as a government we realised that we were already doing some good stuff. Whether it’s openly consulting with the people of Wales or publishing our Freedom of Information (FOI) responses. However as an open government we realise we can do more and we want to do more.

Not surprisingly, we are not alone in wanting to create a more open government. Established in 2011 the Open Government Partnership (OGP) is a global initiative focused on promoting open government. It is run by a group of countries, including the UK, who have come together to encourage governments to promote transparency, empower citizens, fight corruption, and strengthen governance.

Every year or two the OGP organises a global open government summit in locations across the world, with the 2016 summit held in Paris. The timing of the summit provided the perfect opportunity to produce an update to the UK Open Government National Action Plan 2016-18 and incorporate commitments from across the devolved administrations. We were keen to make the most of this opportunity and promote our commitment to being more open and collaborative.

So we set about work drawing together an up-to-date list of open government projects currently planned or underway across Welsh Government as a means of identifying suitable commitments. Eventually we settled on nine commitments that reflect the great breadth of what Welsh Government does.

We’re proud of these commitments. From raising awareness of the prevalence of modern slavery in supply chains, to bumping up the amount and quality of data we publish, we’re excited about what they will achieve. But commitments are just that – they are nothing without delivery. And we want to go further.

Working together to move forward

We’re delighted that the Wales Council for Voluntary Action (WCVA) and Electoral Reform Society Cymru (ERS Cymru) were successful in securing funding from the Big Lottery enabling them to establish a civil society network within Wales. 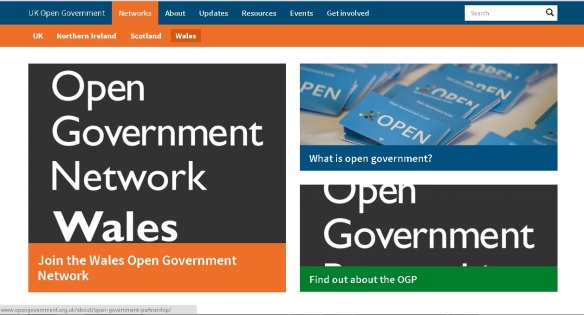 The Open Government Network Wales will not only hold us to account but also help develop future commitments. It is our ambition to work with this group and build on our relationship to raise the bar on open government across Wales.

We hope that people can see things are already happening. Both in terms of our open government commitments and the introduction of the Wellbeing of Future Generations (Wales) Act, which encourages involving the whole diversity of the people of Wales in what we do. However this is a long term task and there is more for us to do, and by us we don’t just mean Welsh Government. That’s why it’s important that we engage fully with those of you that are interested in the open government agenda.

Therefore if you are interested in improving the openness of government in Wales then please feel free to leave us a comment below or alternatively join the Open Government Network Wales: http://www.opengovernment.org.uk/networks/wales/